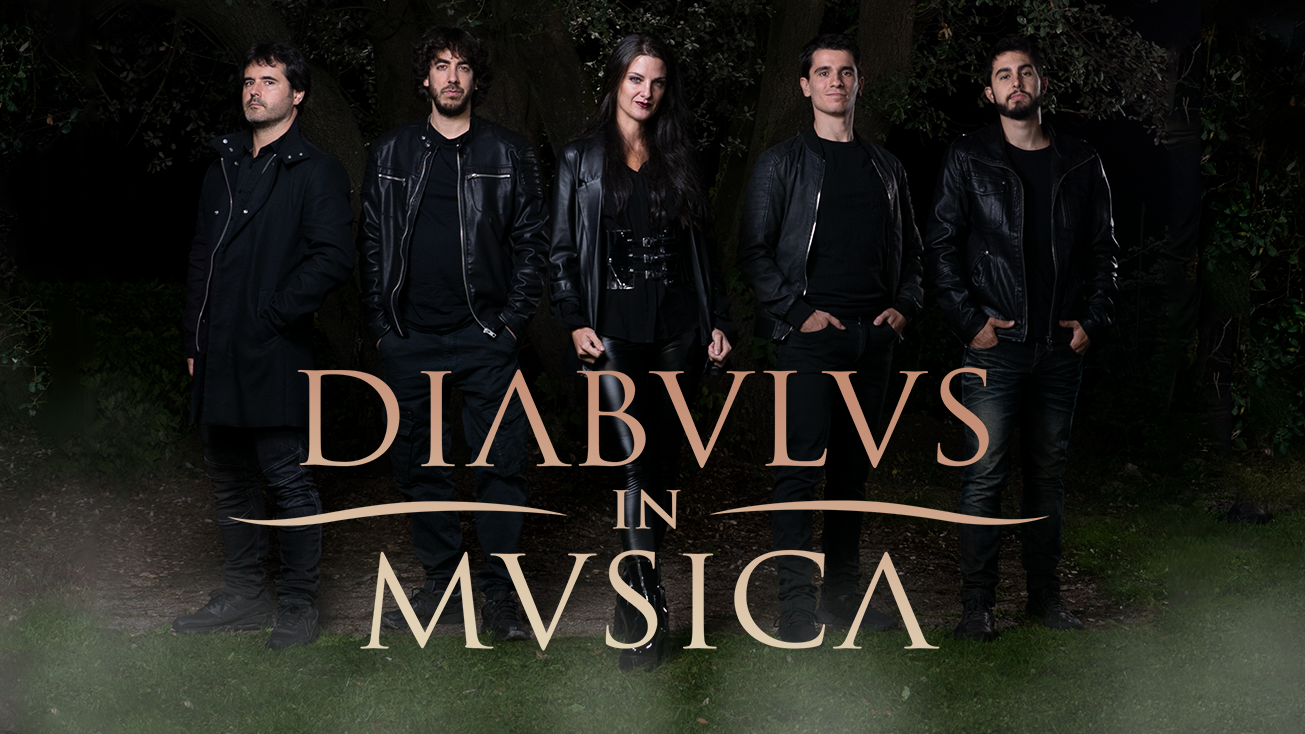 Diabulus in Musica is a symphonic metal band that combines the elegance and passion of classical music with the aggressiveness and strength of distorted guitars.

It was born at the end of 2006 on the initiative of Zuberoa Aznárez with the aim of publishing an album where she could merge all its musical background. The keyboardist Gorka Elso and the guitarist Adrián Vallejo joined the project.

In 2012 they release their second album entitled “The Wanderer” under the Austrian label “Napalm Records”. It is also published internationally. It features the appearance of Mark Jansen, founding member of Epica, one of the references of symphonic metal worldwide. The album is presented in concert in Brussels where they also receive a prize for the best single and video clip with “Sceneries of Hope” recorded entirely in Navarra and the Basque Country.

In April of 2014 its more personal CD comes to light: “Argia”, also published internationally through “Napalm Records”. They count on the collaboration of one of the greatest voices of the international rock scene, the Swedish singer Thomas Vikström (Therion). With this album they toured Europe several times including new countries such as the United Kingdom, Italy, Czech Republic, Germany, Switzerland, Holland, France, etc … and they played in the most prestigious European metal festivals.
In November 2016 they released their 4th studio album entitled “Dirge for the Archons”, again with “Napalm Records” and they got involved again in another European tour, this time as headliners. The response is formidable and at the same time they head several festivals in Spain.

It should be noted that in 2012 they also made the soundtrack for a book on Basque mythology “Itzalen Sua” combining text, pictures and music, published by the Basque publishing house Gaumin. Well-known Basque personalities took part in this project. The shows combined live music, dance, videos with the images and fragments of the texts.

The most notable event in the Diabulus in Music career was the concert held in the prestigious opera house of their city: Baluarte, in November 2015 along with the Chamber Choir of Navarra and the symphonic orchestra of the Conservatory, directed by the maestro Vicent Egea. This concert was a musical milestone and it brought together the lovers of classical music and the ones of the most aggressive rock. Finally, Diabulus in Musica was able to play their songs live as they are conceived in their albums.